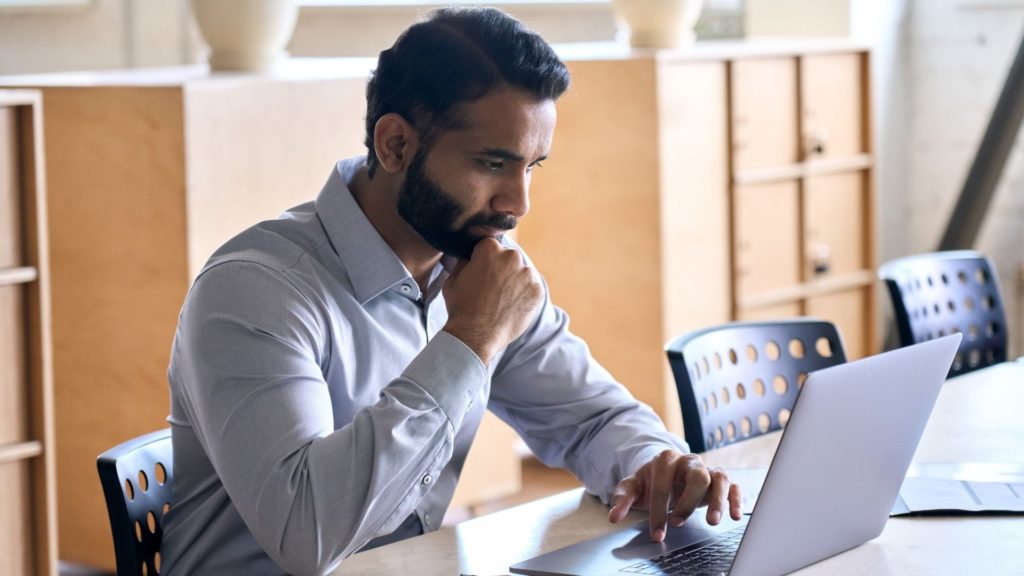 What Is the Job of a CEO?

Any CEO will tell you there’s more to the role than could ever fit in a standard job description. While there’s plenty of information out there about the day-to-day duties of a CEO, I wanted to discuss the truly make-or-break responsibilities that come with the job. These are the things that fall to you alone, and they have a huge impact on your company’s chances for success.

It is your job to keep the company alive. The volatility we are seeing in today’s markets is a harsh but important reminder that even the highest tides do eventually recede; and when they do, they reveal (to borrow Warren Buffett’s colorful phrase) exactly who has been swimming naked.

That means that it is your job to understand and manage burn rate to maintain the appropriate runway.

Y Combinator has a concept called “default: alive” or “default: dead.” As my former YC mentor Dalton Caldwell writes, the first step to keeping your company alive is understanding how much cash and runway you have. If you find yourself in Default Dead, there are moves you can make to get to the other category. But once you’re in the bad place you need to act quickly or risk finding yourself trapped in a position that limits the ability to get the company back to long-term viability.

It also means it is your job to raise money from investors to fund that burn rate if necessary.

It is your job to communicate with your current investors to keep them informed of what’s happening at the company and to maintain good relationships. This is the right thing to do, and it also might help you raise additional capital from them if things don’t go quite to plan and you need it.

It is your job to build relationships with new potential investors so that you can raise additional capital should the company need it.

It is your job to keep the founding team intact (if, and for as long as, possible). When we interviewed for Y Combinator, many of the questions they asked were less about the business idea and more about understanding the relationship between my cofounder and me—to gauge the likelihood that we could work together for an extended period. A founder breakup is death for 99% of early stage companies (and can be fatal even at a fairly mature stage). Since your job is the keep the company alive, it’s also your job to try to make it work with your cofounder(s) until such point as you really have no other option but to put the company at risk and move on from each other.

It is your job to pick the right cofounders and earliest team members. Anyone you hire within the first 4 or 5 employees you should think of as a de facto “late cofounder.” Even if they aren’t very senior and you don’t hire them into a high-level position, the impact they’ll have on the culture is extremely high, so with that amount of influence you should be thoughtful with who you bring onto the team. It is your job to get that early nucleus right; and of course it’s likely that many of these early hires will report to you directly in the beginning and some for a long time.

It is your job to set the culture for the company. You don’t have to own this alone. It’s you and your cofounders, but the buck stops with you. What kind of company do you want to be? Some of your cofounders might not really know, or there might be disagreement among you, in which case it’s your job to clarify a strong, unified message. Certainly you can’t expect anyone you hire to know it beyond the message you communicate and the example you set – people usually show up for a job looking to see how things work and fit in accordingly. The company culture, from processes to communication style to values, rests with you.

It is your job to communicate with the team (that is, all employees company-wide). I used to think that if everyone at the company knew everything I knew, no one would sleep at night and half of them would start looking for new jobs. I still kind of believe that on an emotional level, but you really have to take people at their word. In my career, every time I’ve seen the results of an employee survey, “more and better communication” tops the list of wants. Things to realize here are that first, your colleagues are adults and want to be treated as such. That means they want to feel like autonomous actors, grownups who make their own decisions based on information and reflection. They need to feel “in the loop” about what’s going on at the company to feel empowered, committed, and stable. Yes, there are still a few things you shouldn’t announce at the company all hands, but for now let me say that the list of “don’t share” items is far shorter than you probably think. The second thing to keep in mind is that your colleagues aren’t stupid and they probably know already a lot of what you’re afraid they can’t handle (actually, in the case of “bad” news, the version they “know” right now is almost certainly much worse than the truth you’ve avoided communicating).

It is your job to keep in touch with what your customers want, as well as what value your product delivers, and whether you are on the right trajectory to keep increasing that product-market fit over time. It is a really bad sign when executive leadership is out of touch with customers, unwilling to do calls and meetings to hear feedback (especially the critical kind), and disengaged from the product.

It is your job to sell the company. I don’t really mean M&A here, although yes, it IS your job (with the help of a great advisor!) to sell an acquirer on the value you’ve created. But there are countless other times in the life of the business when you need to sell your vision and mission. Any great candidate you want to hire can get the same or better money elsewhere; they might stay or leave because of their direct manager, but they’ll accept or reject your offer based on how credible and exciting they find your vision. Raising capital obviously requires selling investors on the company, and so does acquiring another business or creating a JV or strategic partnership. I think it’s your job to own and shape how the outside world sees the company, too. This doesn’t have to mean you spend every other day giving talks or doing podcasts, though that might be effective, but it means that you are actively managing the story of your company that the marketing and sales teams are telling to the world.

Ready to take the next step for your company? Talk to a partner at Scaleview Partners for help facilitating a capital raise or guidance and follow-through on selling your company.